With a meager market share that is one-third the size of Google’s, one would think that Bing would be trying to keep controversy away from a user’s search results. However, the Microsoft search engine has recently encountered a few notable PR disasters that may be enough to convince some not to use it - especially if it leads to a security breach.

What is Going On
Considering the difference in the market shares of Microsoft Edge and Google Chrome (4.24 percent compared to 67.66 percent, respectively), it should come as no surprise that the first thing that many owners of a Windows 10 device do is to use Edge to download Chrome. Naturally, Edge defaults to Bing to conduct these searches. However, these searches have taken to delivering disguised malware sites as sponsored ads for Google Chrome within these search results.

When the user searches Bing to find the download link for Chrome, there is the chance that, instead of a sponsored result popping up from Google, one will pop up that only appears to be from Google at first glance. However, once clicked on, this link brings a user to a phishing site disguised to look like the Google Chrome download page, with the URL ‘googleonline2018.com.’ Trying to access this site through Chrome itself results in the user finding it to be blocked, while Bing and Edge do no such thing.

Not a New Problem
Making this situation even worse, this is not the first time that Bing has had this issue. Back in April of this year, this threat was reported as effectively identical to this recent version - and while the advertisement has been pulled, there has been no explanation of how it could appear to come from google.com, or if this issue had been resolved.

This means that it is entirely likely that this issue will pop up once again.

Other Bing Issues
Of course, this isn’t the only problematic element of the Bing search engine. Its search function has a history of delivering highly offensive and alarming content, especially through its image search. Searches for what are objectively neutral terms would deliver back inflammatory results, even with SafeSearch on. Similar things happen when you search for other terms as well. In addition to racist search suggestions, the suggestions on Bing also were pushing conspiracy theories in their suggested searches.

Adding to these problems even more, Bing offers both horrible search suggestions and results, suggesting that a user (after searching for “girl”) instead searches for “cute young girl 16,” and it only gets worse from there. The image results are arguably even worse, delivering content that could get people in serious legal trouble. Searching for the wrong thing could result in, for example, bath time pictures of children displayed alongside hardcore adult materials.

Microsoft isn’t the first technology giant to contend with these kinds of issues, and you can be sure this won’t be the last time. With Techworks Consulting, Inc.’s help, you can also be sure that your business won’t join their ranks. Call (631) 285-1527 to find out more about how we can help protect and optimize your business technology. 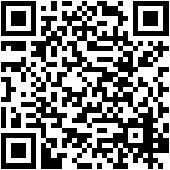