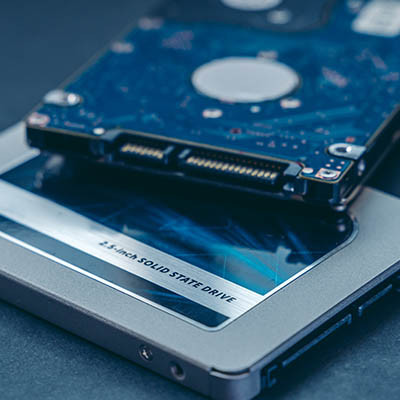 When you’re on the hunt for some new technology, you have to sort through the options available to you to find what’s best for your use case. One of these decisions is what type of hard drives are installed in new workstations, laptops, and servers. Today, we will go through the two main types of hard drives and what they are good for.

When most people think of hard drives, this is the type of component they are thinking of. They are mechanical devices that feature platters that spin at high rates of speed. Since they feature these moving parts, they are more prone to failure than solid state drives, but they do have benefits inside business hardware. HDDs are sometimes less expensive when you need to store a lot of data, especially when we’re talking about multiple terabytes. This allows businesses to get more bang for their proverbial buck as the price per gigabyte can be substantially lower than that of their faster counterpart. As mentioned though, these drives tend to have a limited lifespan and will fail eventually. That might be a year or a decade, but the mechanical nature really limits how long a hard-working HDD will last.

Solid state drives don’t feature any moving parts, as their makeup is wholly digital. This not only makes them faster to read and write data, but the lack of moving parts substantially reduces failure, making them more reliable than HDDs. Early on with SSD technology, there were problems with how much use an SSD could endure before failing, but modern SSD drives are designed to be workhorses—fast, reliable, and stable. They are available with large storage capacities, but the higher end does start to get expensive. Even with prices dropping you can expect to pay more money for an SSD than you would for an HDD with similar storage capacities on the higher end.

Which Hard Drive Makes Sense for My Needs?

Ultimately, deciding what kind of hard drive to put in your workstation will depend on what you need the computer for. If you are purchasing workstations for your company, you usually want to stick with solid state drives because they are faster, and you don’t tend to need a lot of storage on the workstation itself since you should be storing most of your data on the server.

In fact, one of the most reliable ways to speed up an older workstation is to swap out the older HDD and replace it with a new SSD. That tends to make the PC feel brand new again.

At Techworks Consulting, Inc., we work with companies of all types to get them the technology they need to function in the most efficient manner possible. If you would like to talk to one of our IT experts about getting the right hardware in place for your company’s needs, give us a call today at (631) 285-1527. 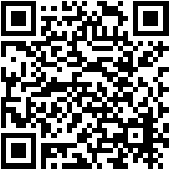